Citizens for a Livable Cranbrook Society provides grassroots leadership and an inclusive process, with a voice for all community members, to ensure that our community grows and develops in a way that incorporates an environmental ethic, offers a range of housing and transportation choices, encourages a vibrant and cultural life and supports sustainable, meaningful employment and business opportunities.

Requiem for A Glacier

On July 27th, fifty Kootenay musicians, aged 12 to 83, along with fifty porters, support staff, sound techs, camera techs, and directors, performed Requiem for A Glacier, a four-part Requiem composed by Victoria, BC composer Paul Walde, on the West Farnham Glacier in the Purcell Mountains West of Radium.

The piece was composed to bring awareness to melting glaciers, and particularly to these specific glaciers, on which a recent approval could see a 6500-person ski resort built.

The proposed Jumbo Glacier Resort has been one of BC's most controversial proposals for nearly 25 years, and the Requiem is a latin translation of a government press release announcing the approval of the controversial project, as well as detailing 25 years of public opposition.

The Jumbo area has been documented by BC biologists as being a critical linkage are for the region's threatened grizzly population, and the region is already home to 19 ski resorts within a five hour drive, all of which are in existing communities, and many of which are struggling with declining skier visits, overbuilt real estate, and increasing costs. This proposed resort is 55km up a forestry road, in an area known as the "Heart of the Purcells", which is rich with mountaineering history and wilderness-type recreation opportunities. These are some of the main reasons that between 75 and 95% of poll respondents and public input for the approval process have been against the resort, for more than 20 years.

Conductor Ajtony Csaba, director of the University of Victoria Symphony and the Central European Chamber Orchestra, led the performance, which took place at the base of the Commander Glacier, and on the receding toe of the East Farnham Glacier. A documentary film and an art installation are planned.

For more information or photos from Dave: daveq@wildsight.ca

This is one of the promotions that helped to make this amazing event actually happen.

Posted by Citizens for a Livable Cranbrook at 11:45 AM

A reminder:
Please read our comments policy. We ask all comments to be accompanied by a verifiable name. 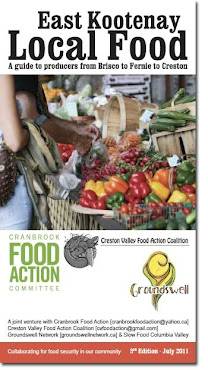 North Star Rails to Trails is now on Facebook

North Star Rails to Trails has a new Facebook Page:

The North Star Rails to Trails

In our last post on the North Star Trail,

This downloadable map was put together for geocachers but anyone with a GPS will find it useful for locating access points to the trail. 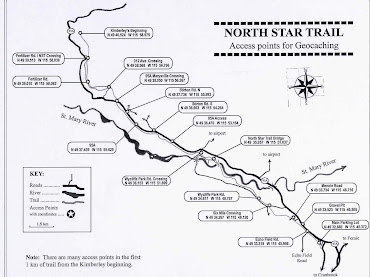 To become a member of Citizens for a Livable Cranbrook , a registered Non-Profit Society write:


Benefits include private email notifications of meetings and events for members.

We have made this very simple for you – just click on comments. Record your thoughts and then click on profile where you are free to either open an identity or use an existing one. We do ask when submitting comments a that a legal verifiable name is used at the close of the comment. Completely anonymous comments are no longer accepted. If your comment does not get published it is most likely because you did not complete the process. If you wish to send us a more private email you may do so by addressing the email to livablecranbrook@gmail.com

We invite discussion and comment. Comments are moderated. We welcome varying opinions. Personal attacks and inappropriate language however will not be tolerated.